Quite frankly, the PlayBag is for me!

I am a busy mum of two very different and active children. But sometimes, I end up being in places that perhaps aren’t very entertaining or child friendly, and nothing can frazzle a mum more than a bored child! Sometimes my daughter has to go training, which means Peter and I have two hours to play with. Not a problem if it is a nice day and there is a park nearby, but sometimes it is not all that easy. Plus going out and about always means spending more money! 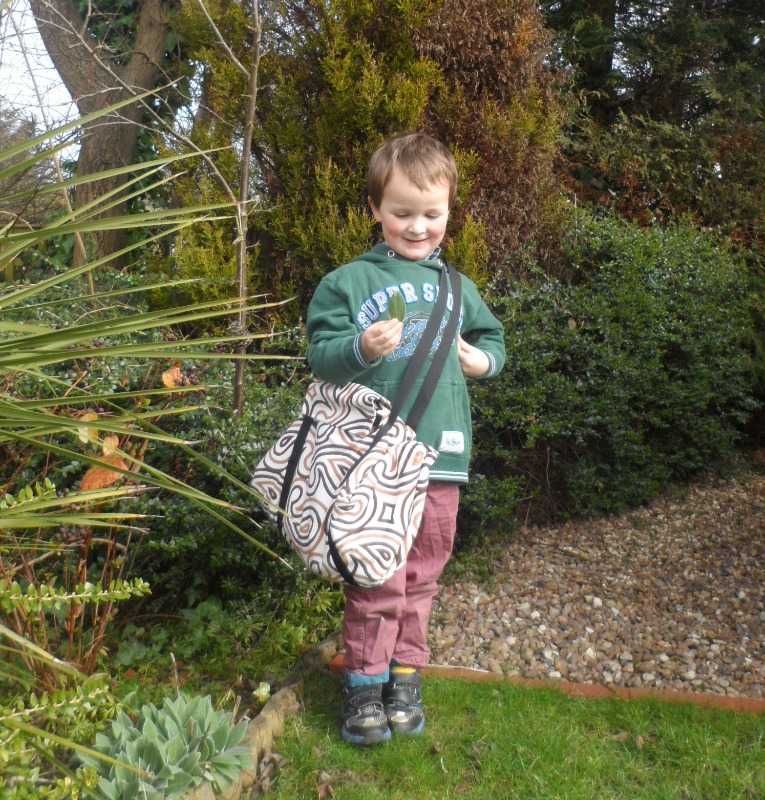 By creating and making the PlayBags, this has solved a lot of problems for me. Now, before we go out, I just tell Peter to pick a PlayBag (Yep, he has many!), and choose some toys to take. He will inevitably end up with a random mix of mismatched toys, but as we’ve discussed before, that doesn’t matter as he will make up some imaginative scenario regardless.

It means I am not worried about him playing on dirty floors, or alternatively making a mess on someone else’s floor, as it can just get poppered up again, and thrown in the washing machine at the end of the day, (minus the toys!) 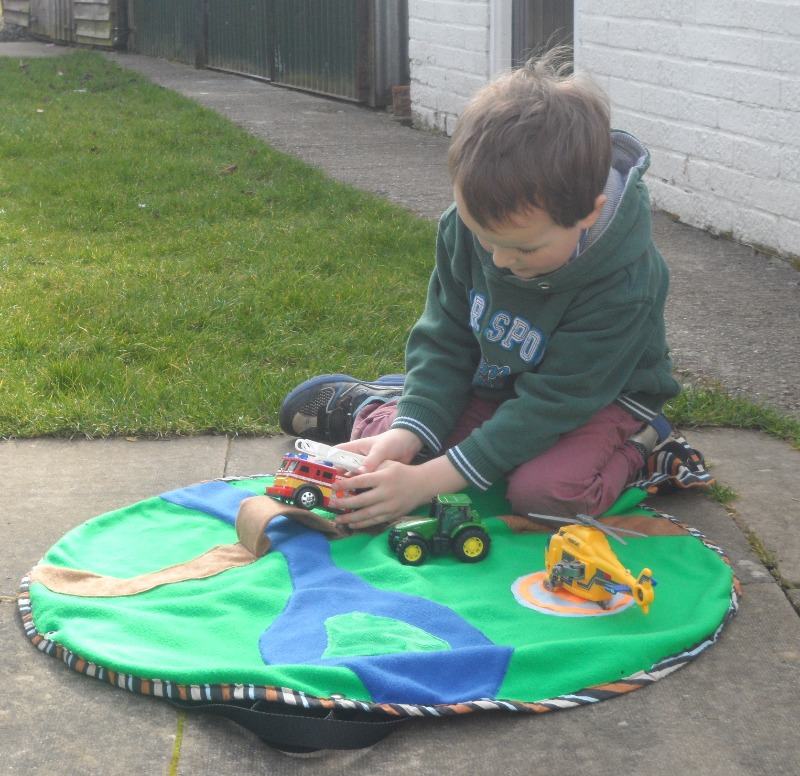 Now I’m not saying that it will keep him occupied indefinitely, only that it makes my life a lot easier knowing that I can keep him entertained when we are out and about.  And as it is all self-contained, it is easy to tidy up.

Anyway, enough about the benefits for me! As far as to which age group the PlayBag is aimed at, I would suggest that the standard bags are aimed at ages 2-7, however the PlayBag Baby is due to be released mid-May, which is suitable from birth. I am constantly creating new designs to appeal to different age groups, but if there is some particular feature you would like to see on a PlayBag, please do leave a comment.