Hi, and welcome to the first PlayBlog! I thought it appropriate to introduce ourselves with the story of how the PlayBag came into existence!

There are many reasons for the creation of the first PlayBag. The reason I usually use is that three years after my son, Peter was born, I decided it was about time to visit the hairdressers! I did not have anyone who could look after him for the hour or so needed, so had no choice but to take him with me. The night before, as I was putting him to bed, I was busy thinking over what I could take to keep him occupied, knowing that he would not just happily sit and colour in being the energetic young boy that he is! By the time I got downstairs, I had formulated a plan in my head of a bag which converted into a play mat. It would carry all his toys, be something to play with, and be compact and easy to tidy up afterwards. It had a road, stream with an island and, a helipad. That evening, I gathered scraps of fabric, and some old curtains, and threw together the first PlayBag. It was such a hit with him, and other children who passed through, although I never thought about making them commercially at this point. 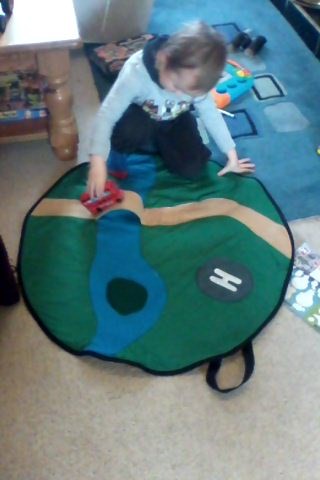 Peter with the very first PlayBag!

One of the other main reasons for the creation of the PlayBag, and the one for which it gets used for several times a week, is that my fourteen year old daughter is very sporty and trains most evenings after school. Again, little Peter is dragged along to various venues and I was spending a fortune taking him places. We have used them in sports halls, restaurants, cafes, dance studios and village halls to name but a few! And one permanently lives in the car, for just in case moments! 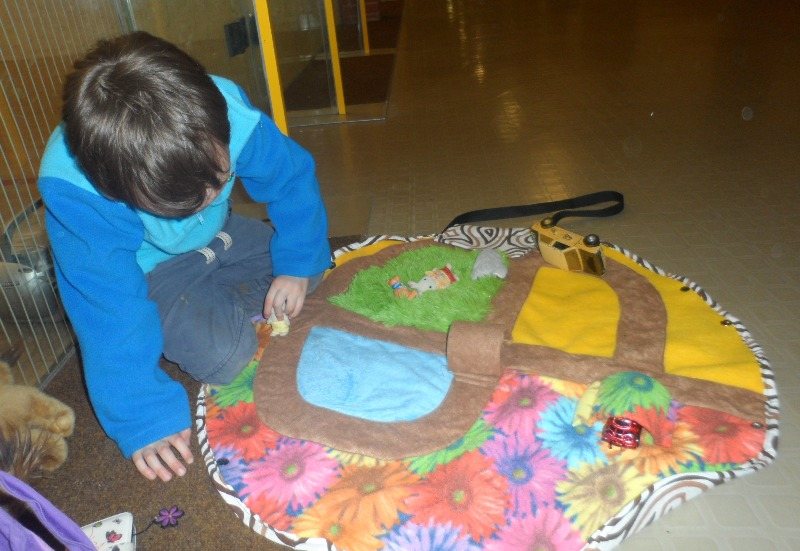 The seed was finally sewn (pardon the pun!) when out for a meal with friends, and they couldn’t believe how busy it kept the little fella in the restaurant. They eventually (after a year or so) convinced me to give the business a go! The design of the PlayBag Original, is pretty much the same as that first PlayBag, albeit with a few modifications, such as the Velcro flap, and no longer am I raiding the fabric scraps, but using quality fabrics and fleeces! And you’ll be happy to know that the days of using old curtains are gone – unless it is for prototypes! Good job Peter is not too proud to be seen carrying a curtain bag!

I have to say, Peter is very bemused at the whole thing, as he still thinks that I’m making them all for him! But at least he does get all the prototypes to play with, as well as all the ones which didn’t quite make it onto the range. He has a wardrobe full of the things!! 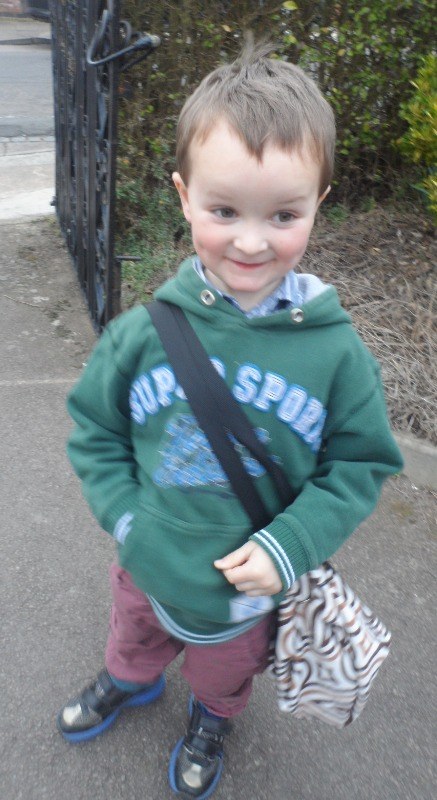